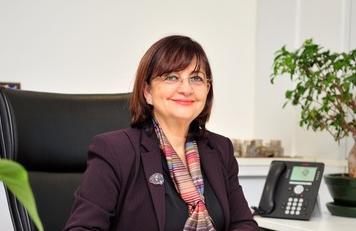 Neslihan Dostoğlu studied architecture at Middle East Technical University in Turkey (B. Arch. 1978, M. Arch. 1981), and received her Ph.D. in Architecture from University of Pennsylvania in USA in 1986, after being awarded with Fulbright Scholarship. She worked as a research assistant at METU, and University of Pennsylvania, and as an assistant professor at Anadolu University. Following four years in practice, she resumed her academic career after 1994 at Uludag University in Bursa, serving as the Chair of the Department for nine years. Presently she is the Dean of the Faculty of Architecture at İstanbul Kültür University, and teaches architectural design studio, and concepts of architecture.

Neslihan Dostoğlu, who was a member of the Preservation of Cultural and Natural Wealth Committee in Bursa from 1998 to 2008 (chair for the last five years), is presently the Manager of UNESCO World Heritage Site in Bursa, and Vice Chair of Turkish National Commission for UNESCO Cultural Heritage Committee. She is also on the Editorial Board of three journals in Turkey, including the indexed architectural journal Mimarlik. She is the author of the books Leman Cevat Tomsu; A Pioneer in Turkish Architecture, 1913-1988; Bursa in the Ottoman Period; and Bursa Cultural Inventory: Monumental Buildings, the editor of the book entitled Women and Architecture in the Republican Period, and the co-editor of the books entitled Tale of the Bazaar: Bursa, and Historical Neighborhoods of Bursa. She has also contributed articles to many national and international publications, and has received various awards in architectural design competitions. One of the awards that she received is the “Friendship Medal” that was given to her in June 2010 by the Darmstadt Municipality in Germany for her contribution to enhancing the ties between Bursa and Darmstadt.

She has been the advisor of 5 Ph.D. theses (all completed), and 16 Masters theses (13 of them completed). She became the education coordinator of a European Union Project, based on the education of young people in the field of restoration, in 2008- 2009, and directed three research projects in various periods. She was a member of Uludag University Culture and Art Committee for six years, the accreditation coordinator of Department of Architecture at Uludag University from 2001 to 2010, undertaking the same responsibility at Istanbul Kultur University after 2010, a member of the Development Planning Committee in Uludag University from 2001 to 2008, and a member of Aesthetics Consultation Committee at Bursa Metropolitan Municipality from 2000 to 2001. She was also one of the coordinators of international and national workshops in various periods.

Her study areas are Architectural Design, Theories and Principles of Design, Revitalization and Sustainability and Site Management.